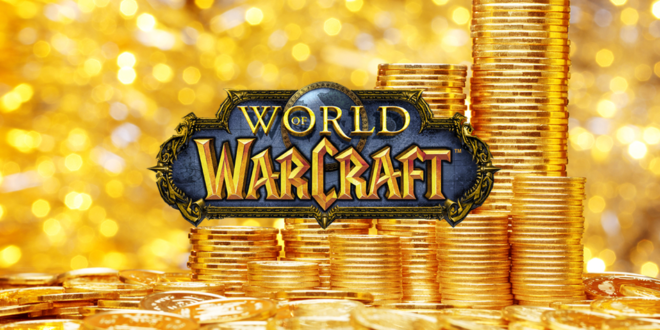 Things You Most Likely Do Not Know About World Of Warcraft

People oftentimes say that they know everything about World Of Warcraft. This is especially the case when referring to the really experienced players. However, in reality, the WOW phenomenon is much larger than most people realize.
While there are so many different things that can be highlighted, here are some facts that are really interesting and that you most likely want to know.

The Growth Of World Of Warcraft Was Truly Massive

The popularity of World Of Warcraft exponentially grew right after it was released. In just a few months after the 2005 release, there were 1.5 million accounts created. When 2006 was over, 5 million dedicated gamers were playing in Azeroth. Then, just one year later, 10 people had WOW subscriptions.

The exponential growth ended up lagging after 2007. However, the peak player base was of around 12 million people, which is around the same size as the population of Brazil’s Sao Paulo. Even celebrities like Dave Chappelle, Mila Kunis, and Vin Diesel were among account holders.

The Real-Life Size Of Azeroth Is Around 80 Square Miles

This might surprise many gamers. When you play the game, it seems as if the world is huge. In reality, if we were to have a real Azeroth, it would be just around 80 square miles. This is definitely a lot more than what you see in other games. However, if we are to compare the size of the city of London, it is very small since England’s capital is 626 square miles.

If you want to impress people with a little bit of trivia, the town of El Reno in Oklahoma, USA, is 80 square miles, exactly. This is the same size as Azeroth but the population of El Reno is just around 19,000 people.

When referring to coding, the initial WOW launch was not short of impressive. The Blizzard Entertainment team ended up writing a huge 5.5 million code lines. This is practically the equivalent of almost 100,000 pages of text.
If you do not think this is a lot, just think about the fact that “War and Peace” by Leo Tolstoy was 1,273 pages. This took him 6 years to write. Just think about how much time it would take just one person to write 100,000 pages of text.
To make matters even more interesting, the Blizzard coding team was made out of just 51 programmers. They wrote those 5.5 million lines in around 5 years.

World Of Warcraft Is Used For Academic Research

Because of the fact that there are millions of people that interact in the digital world, it becomes easy to understand many things about society. That is why there are countless academics, including sociologists, that study video games. This does include the goldmine of data that is WOW.

Countless sociologists started analyzing Azeroth and its population as soon as the game was released. This actually led to countless academic articles and books written about the game.

The Character You Choose Reflects Demographics And Personality

Although many deny this, it was proven that the behavior you have in the game and the chosen avatar offer clear insights into real-life you. Researchers showed that what you choose in WOW can predict the big-fiver personality type that you have in real life.

As an example, if you choose tanks and you enjoy playing them, there is a very high possibility that you are much better at dealing with stress than those that chose a ranged DPS character since this is a marker of an anxious personality.

It was shown that introverts liked to spend more time alone even in the virtual setting. They usually chose vanity pets. Extroverts wanted to do mythic boosting activities like here and wanted to be a part of group activities.
An extra thing that should be said is that the avatars you see in dungeon raids and PVP games were sometimes linked with immaturity and hostile personalities. Also, the older players usually moved towards crafting and questing.

The only extra interesting related fact is that male players were much more likely than female players to choose a different gender in-game character.

A study published in 2012 showed us that WOW was capable of boosting cognitive functions for elderly adults. The researchers measured special orientation and attention for the senior citizens that participated, who were aged between 60 and 77. A group had to play WOW for 14 hours during a 2 weeks period. Then, participants were measured again.

In the study, it was shown that those that played the game had better test scores. Also, the people that initially scored the lowest amounts ended up improving the most. This practically means that World Of Warcraft can be really good at re-sharpening and sharpening our brain.

WOW Addiction Is A Real Thing

Unfortunately, not all things that can be said about WOW are positive. There are also negatives that should not be neglected. This fascinating game has great effects on people but when you play too much, it can lead to huge problems.

As an example, in the year 2015, Wu Tai, a 24-year-old man in Shanghai played the game for 19 hours straight inside an online café. He died because he did not take a break for water, food, or stretching. In the same year, a Russian boy died after playing the game for 2,000 hours due to having a broken bed and being restricted to bed.
Examples can be even worse. The 41-year-old parents of 2 girls were arrested in 2014. This was because they were actually neglecting the children to play the game. Police ended up being called and determined that the neglect lasted for 3 years.
To sum up, World Of Warcraft is a very good game. Even if its popularity is going down and there is always the possibility that eventually the next big thing will appear, we cannot deny the page in history that the game clearly has.

Previous What is a light Novel?
Next What is Explainer Video and Why Your Business Needs It