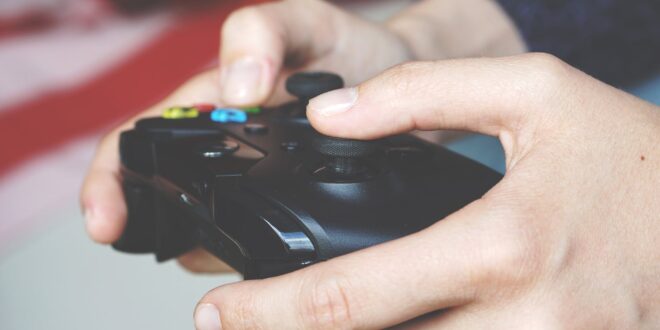 4 Things only Professional Gamers Do

Building a career out of playing video games is something that many people dream of. The idea that you can sit in the comfort of your own home and make a lot of money is a sign of just how far our society has come. However, being a professional gamer is not as simple as you or what many other people think. It is much more complicated than being a streamer on Twitch, YouTube, or some other video/streaming platform. Not only is it difficult to be a professional in this industry, but it is also very hard to achieve that title.

Aspiring professional gamers need to go through a lot of challenges and hoops to become the world’s best and the world’s most famous. Most people do not have the slightest idea of what they have to do to be so good at these video games. Spending thousands and thousands of hours in a particular title can be frustrating and sometimes even depressing.

But, do not get me wrong, most professionals love their job and enjoy their time when competing in tournaments. If you want to delve deeper into the lives of these professionals and the things they have to do, keep on reading this article.

One of the most unique things about professional gamers is the fact that they spend at least 80 hours a week in training. You’re now probably thinking that other athletes in sports that compete in tournaments such as the Olympics probably spend the same amount of time in training. Right? Well, not exactly. The reason why these e-sports athletes are so different than every other athlete is the fact that they endure much less physical.

For example, an NBA player will spend two hours in the morning training both skill and physique. After a couple of hours of rest, the player will do another two hours or maybe a shorter training. The player requires a lot of rest in between because the body cannot endure so much stress. But, when it comes to athletes in e-sports, they do not have such a physical strain on the body.

Of course, sitting in one place and looking at a monitor for several hours a day does have a physical toll on both the mind and the body. However, since most of the strain is mental instead of physical, these athletes can endure more time in training.

In the past, there was a huge misconception about players in video games. People would assume that anyone that is on a computer for several hours a day would be someone that is obese or malnutrition, someone that needs a lot of burgers, French fries, or some other fast food and someone that does not have any kind of activity throughout their lives.

This is very far from the truth is simply because you can’t just generalize an entire community that consists of millions, if not billions of players.

What is even more interesting is that today’s pros must follow a strict workout regimen to maintain both physical and mental wellness. If the health of the body starts to deteriorate, the player will not be able to stay as focused at a tournament.

A pro relies a lot on their reflexes. This is especially true when it comes to first-person shooters. To be the best, you must have the fastest response time possible. Without it, you will always be bested by others. That high level of reflexes can be achieved through hand-eye coordination training. And regular exercises such as weightlifting, push-ups, chin-ups, or stretching can contribute to improved response time.

The reason why I mention this is because most people think that all you need to do to become a pro is to be good at a game, when in fact, you have to contribute a lot more to reach the same level as the best players in the world.

Believe it or not, but many e-sports athletes by boosted accounts or hire the services of a carry to get them to a higher rank. Sure, this is not something that only professional gamers do, but the reason why they do this is quite unique. They do it because they want to play against several different skill brackets. By learning the advantages and disadvantages of those certain skill groups, a professional gamer might improve their own skill.

If you are looking to become a professional and don’t feel comfortable going through the annoying Iron, Bronze, Silver, or Gold ranks in Valorant, you could just hire an LF Carry. It is nothing to be ashamed of. Not everyone has the time to work through all of those ranks.

Constantly analyzing the skills of others

One of the best ways a person can improve their skill set is by accepting that they are not the best in the world. Ego can only get in the way of becoming a more skilled and a better person too. But, overcoming ego is never an easy thing. A high level of ego can regularly be seen in the gaming world. No one likes to accept losing.

When entering the world of professional e-sports, you just have to accept the fact that there are hundreds of people that are better than you. But, this should not bring you down for. You can use this information to fuel your motivation to become even better than ever. If those other players could have achieved such a high level of skill, why can’t you?

This is the mindset that most professionals have. Those that don’t have it, are usually coached into that mindset.

So, when a professional team loses, the first thing they do is go home, sleep it off, and then we watched the matches. They analyze every single step and move that the opposing team made. Through this research and analysis, the team can become more coordinated, better and their skill might improve too.

Through this article, I’m sure that you will agree that the life of a professional gamer can be quite unique and interesting, especially when trying to become the best in the world.

Previous PPC Ad Extensions: What They Are and How to Use Them Efficiently
Next How to Become the Next Big Esports Superstar?