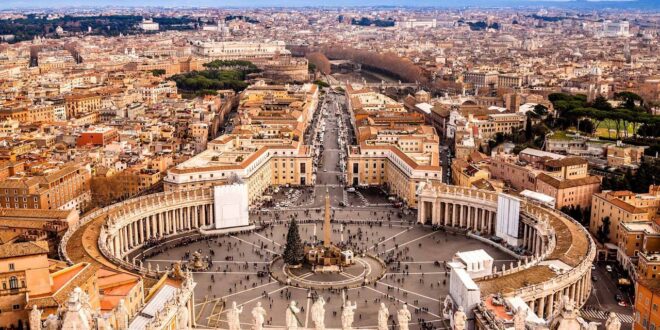 The Vatican City panoramically overlooks Rome from a hill on the banks of the Tiber River. This little gem is one of the most historically rich and socially influential places on the planet. With a population of just over 1000 people, Vatican City remains the world’s tiniest, fully independent nation-state. The city is encircled by a 2-mile border with Italy and covers just about 100 acres of land, making it about 1/8 the size of New York City’s Central Park.

The Vatican City has been an absolute monarchy since 1929, with the pope as its head. The city has its own flag and anthem, prints its own stamps, and mints its own euros! Residents of this tiny territory aren’t subjected to taxation; museum admission fees, souvenir sales, stamp, and contributions generate the city’s revenue. While the time of its greatest glory during the medieval and Renaissance may have passed, the city continues to exemplify the vital features of Rome’s cultural past and present.

As one of the most sacred places in Christendom, the Vatican City attests to a great history and a formidable spiritual site, making it a great destination for history and art adherents. An inimitable selection of artistic and architectural chefs-d’oeuvres [masterworks] lie within the borders of this small state, making it a UNESCO designated world heritage site. The slowest months for vacations in Rome are the colder ones—November to December and mid-January to the end of Feb. This means these are the perfect months to visit Vatican City and undertake some of these splendid activities:

According to wantedinrome.com, the leading website when it comes to Vatican news and things to do in Rome and travel guides, everyone should witness the wonders of the Vatican museums. This museum complex, featuring 13 museums, houses all the legendary paintings, art, and sculptures massed by popes over the centuries. Touring through this museum complex can be an overwhelming task, and you may need to consider a tour guide when visiting to decipher everything that the exhibition halls have to offer.

Dating back as far as the 16th century to its forefather, Pope Julius II, this awe-inspiring complex has over 1400 rooms, boasting a collection of over 70,000 works of genius. For instance, one of the most frequented section, the Egyptian Museum, houses a variety of ancient clay statues, sculptures, figurines, bronze structures, and other Renaissance masterpieces.

To experience it all, you have to pay a small gate fee of 15 euros or purchase a ticket online for an additional reservation fee of 4 euros. The reservation fee referred to as the ‘skip the line,’ may come in handy, especially in high seasons, where the entrance line is often swarming.

St. Peter’s Basilica is the centerpiece and one of the best places to visit in the city. This magnificent Renaissance is the biggest church on the planet, the most important in Christendom, and one of the best things to experience in Rome. This enormous building was constructed between 1506 and 1626, replacing the Old St. Peters Basilica. It is supposedly erect on the location of the tomb of St. Peter, the chief disciple of Jesus, and the first Bishop of Rome.

It is a magnum opus of well-known architects such as Michelangelo, explaining its stunning interior designs that are ornamented sumptuously, featuring numerous intricate designed monuments and statues. At the top of the dome is a spectacular and panoramic view of Rome. Beneath the church is the grotto that houses the tombs of some of the most famous popes that date back to the 10th century. St. Basilica is open to the public for free, but visitors have to undergo thorough screening before entering. Be advised that there’s a dress code that must be adhered to; refrain from wearing shorts, sleeveless tops, or short dresses and skirts.

The Sistine Chapel is one of the greatest treasures of Rome and the world in general. Regarded as the greatest Michelangelo stroke of genius, the Cappella Sistina, is a jaw-dropping attraction that one must see at least one in their lifetime. It’s well known for its decorations [the frescoes that completely cover the walls and the ceiling] than being the spiritual temple in which popes and chosen and crowned.

The chapel was built between 1473 and 1481 as both the pope’s private chapel and the location for electing the new popes by the cardinals. The famous Michelangelo’s ceiling frescoes depict the creation and Noah stories, while the biblical scenes on the walls were painted by celebrated artists, including Botticelli and Perugino.

Being a small part of the extensive Vatican Museums, there are no additional charges for entering the chapel. But, don’t think about taking photos or videos in the chapel; absolutely no photography or video shooting is allowed.

4. See the Pope at Papal Audience

The Papal talk presents the perfect chance for you to see and hear from the pope. The talks start at 10:30 am on Wednesdays, but decent seats normally fill up fast. If you want a perfect position, we’d suggest arriving as early as 8:00 am. Even then, you’ll still find thousands of eager visitors waiting for the Papal talk; so, binoculars may be helpful. This is, without a doubt, time for abstemious reflection. There’s also a prayer session at the end of the talk.

This is a lush greenery garden divided into different sections to reflect different historical eras in Rome. Although it’s at the heart of Rome, this is where diverse species of birds rest. The trickling fountains and walls are covered with emerald vines and complemented gorgeously by the trimmed green hedges.

This is an impeccable alternative to the chaotic and crowded parts of the Vatican City, where you can relax and absorb the beauty of the greenery flora. Your stay here can last for up to two hours, with the best times to visit are early mornings or late evenings—it can get hot during the day, especially in summers. Full price tickets go for 20 euros, while reduced tickets cost 12 euros. 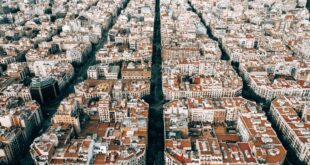 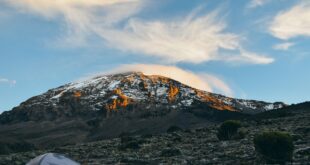 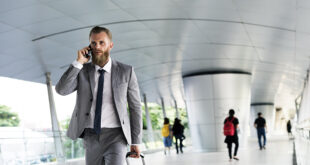 5 Tips for a One-Day Business Trip