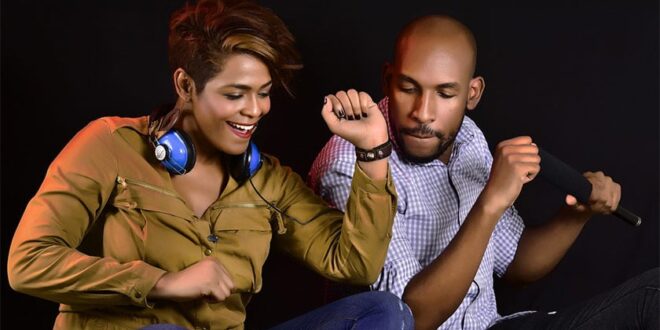 House music has been around for a long time and you have probably heard at least one house song in your lifetime, even if you were not aware of it. Although 2019 is not officially over yet – and yes, we are aware that there might be some new house song coming out in the last month of the year – we will be looking at the top ten 2019 house songs recommended by a popular website for downloading ringtones, TakeRingTone.com. Let’s take a closer look:

The two artists who worked on this song – Fabio Giannelli and Alessandro Gasperini – did not make a lot of noise until they released this incredible song. Actually, they were almost completely unfamiliar until the beginning of 2019. In January this year, a DJ named Dixon incorporated an unknown song into his set. It was a song that had amazing melodies that easily mesmerized people and lifted their spirits while the song’s frequencies kept making them dance their feet off. Then there were other artists such as Solomun and Lazarus, who also chose to add this song to their sets. This was going on until someone realized that it was “Cries”, a song by this Italian duo that made those setlists extremely good.

Before this artist decided to make his own label named “Trick”, he stated that he could easily be no1 in creating tech-house music, however, he felt that if he did something harder, he will not limit himself. Since he was quite famous in the tech scene several years ago with his song “Forget” being the best-selling tech-house song of 2014, he tried to distance himself from that sound. And he did well since his new EP featuring 3 songs surprised all his fans. “Watch What Ya Doing” is believed by many people and fans to be the best on the released EP.

This song was first performed at Afterlife’s party which lasted for 24 hours straight. During the party day, fans from all over Amsterdam dance in front of four kings of house music – Solomun, Tale of Us, and Dixon. All of them played the typical b2b2b2 tracks for hours until this song came through. It was like a diamond among stones, and for most people, it was incredible. Although it was first performed back in 2018, some people only found out about it when “Diamante Blu” was released in 2019, by Diynamic label.

The Giovanelli brothers have done it again. Time after time they have produced hit after hit. After all, they did achieve the best results for the Afterlife label since its creation in 2015. The brothers created a wonder in the house music world with “Skywalking”. They choose to go easy on the vocals and allow the synthesizer to do all the work in this song. Also, if you were looking for a great song for dancing, this one should be your first pick.

2019 was the moving part of Reading’s musical career – and for most musicians out there, they do not have a chance to get an offer from the amazing and major label Pampa Records. This German company was looking to release this song as an EP featuring 2 songs and one of the two songs would be an incredible remix by the amazing DJ Koze. And if you have followed the house music genre for some time, you know that everything he touches becomes instantly better. He loves to combine vintage sounds and disco, and you must admit that what he produced is breathtakingly good.

When asked how and why they made this song, the team behind Leftwing: Kody explained that they wanted to create something that house music fans can listen and dance to, however, they wanted people to be able to listen to it while driving their car or when they invited people over for a barbecue. When compared to their previous work, this duo wanted to move away from their traditional techno beat and move to something completely different for them. During the Miami Music Week, not a lot of artists avoided including this song into their setlists.

Now, this amazing song is perfect for night clubs and partying. The artists who worked on this song completely changed the classic Jill Scott song “It’s Love” and added an incredible twist to it. The gospel trio Dames Brown provided the vocals on this debut song. If you want something that can be danced to, as well as something that is so well-performed, make sure that you check it out.

This is called a comeback. Jansons and Senzala yet again delivered a great song, where they mix up a strong bassline that will shake your body and looped vocal parts. The tension-building drops will make sure that the party gets started in no time.

When a record label owner steps up to create a song, they deliver a timeless, classy remix. We could say that it is a bit alien-like with the passionate strings, weird acid, a bassline that will hit you in the heart, and the precise slamming of the drums. If you are looking for something to listen to during the peak of the party, play this song.

Speaking of good debuts, the one made by the Italian DJ and Materianera features a perfect rhythm with its house groove fueled by a lively bassline, calming vocals, and rolling percussions.

These were the top 10 house music songs in 2019 and if you did not listen to some or most of them, do not waste any more time and start your journey to discovering incredible artists and songs.

Previous What Are the Benefits of CBD?
Next How Much Do Braces for Adults Actually Cost?