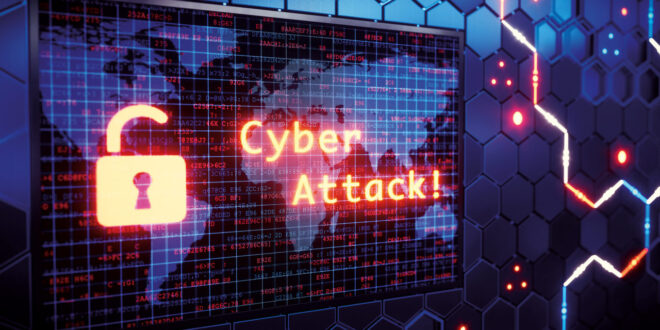 Cyber attacks are on the rise worldwide. So far this year, sensitive company information, political figures, and organizations have been targets. There’s no indication that malware, ransomware, and data breaches are going away. International tensions are creating an environment in which more cyber attacks are more likely to occur. Some cases may not be reported since victims are worried about their reputations or reprisals. These are the most significant cyber attacks so far in 2022.

It was predictable that Ukraine would be the target of cyberattacks since the Russian invasion of the country began. On January 14, 2022, more than a dozen of the Ukrainian government’s websites were the target of Russian hackers. The Security and Defense Council websites, the Cabinet of Ministers, the Ministry of Foreign Affairs, and more than 65 official websites were attacked. Most operations on the sites were restored within a few hours. In February, another attack against Ukraine took down several banks and government services sites. A hacker group linked to Belarus was blamed for the attacks.

Global Affairs Canada is a branch of the Canadian government that oversees Canadian diplomatic relations, humanitarian activities, and Canadian relations with the international community. The Canadian Foreign Ministry was a prime target of a cyber attack in January. The attack caused disruptions to some of Canada’s Internet-based services, but there weren’t any significant disruptions. The cyberattack was detected quickly and didn’t have an impact on services that are critical to Canadians. An official from Canada’s Treasury Board stated that a system in place detects, monitors, and investigates potential threats from cyberattacks.

In February, the online network for the city of Quincy was hacked in a targeted scheme. The chief of staff to Mayor Thomas Koch stated the network for the city’s police department indicated disruptions. Employees in the city’s IT department found texts on the servers demanding money. The hackers claimed they would return the data when their demands were met. The city contracted a cybersecurity contractor to locate where the attack originated. The city’s computers were scanned, but the source of the attack wasn’t located. More than $3 million in a pension fund was transferred to an account by an unauthorized user who hacked into the system.

In March, an IT security alarm alerted staff at the University of Salzburg that an email server had been compromised. The server listed university employees. However, online teaching staff and students weren’t affected by the incident. The staff wasn’t sure if an outflow of data occurred. The attack on the university is one of several that have recently occurred in the city.

Castelluccio Hospital in France was the target of a ransomware attack the same day as the Salzburg attack. The hackers demanded payment in bitcoin. Medical staff couldn’t access patient records and had to suspend oncology and radiotherapy treatment for as many as 50 patients. Patients were redirected to other medical facilities for treatment. Medical teams were still able to perform rehabilitation, follow-up care, and psychiatric services.

Blockchain project Ronin was developed by the game studio Sky Mavis, based in Singapore. Ronin powers the online game Axie Infinity, which uses NFTs or non-fungible tokens. The hackers stole the passwords or private keys needed to access crypto funds. While the company worked with agencies in different governments, users couldn’t deposit or withdraw funds from their accounts.

For several months, intrusions occurred in the Indian power grid at seven different locations. The hackers were believed to be part of the Chinese state-sponsored RedEcho group. RedEcho uses a modular backdoor known as Shadow Pad, popular with extremist groups like the Ministry of State Security and Palestine Liberation Army. The attacks have primarily been on the disputed North India and China border. Since the latest activity has inconsistencies with previous RedEcho activity, authorities call the group Threat Activity Group 38.

IT security for the Nordex Group in Hamburg, Germany, detected a cyber security incident. The company shut down IT systems in multiple businesses and locations as a precaution against further intrusions. A press release was issued notifying employees, customers, and stakeholders of the shutdown. Nordex is a manufacturer of wind turbines.

In April, the ransomware gang known as Hive attacked Perusahaan Gas Negura, the country’s state-backed gas, and oil company. The group previously attacked a healthcare provider in the U.S. The company provides gas service to 84 million customers. Security researchers became aware of Hive in June 2021. The group has launched targets against more than 350 victims in multiple countries, primarily in the healthcare sector. One of the most common methods to access data is phishing emails.

Homeland Security Investigations prevented an underwater cable attack in Hawaii in April. The cable links the Pacific Region and Hawaii to cable, Internet, and phone services. The servers of a private company were breached. Homeland Security Investigations is part of the U.S. Department of Homeland Security. The department investigates transnational threats and crimes. The incident was flagged by agents on the mainland and investigated by the team in Honolulu. Members of an international hacking group were arrested and charged with the crime.

In early April, a Russian military hacking team attempted to disrupt the electrical grid in Ukraine. A spokesperson for the Ukrainian government said the goal of the Russian group was to disable electrical substations and other facilities. The Ukrainian Computer Emergency Response Team said the hackers targeted high-voltage substations. A cybersecurity company in Slovakia worked with Ukraine to prevent the attack.

Though cyber-attacks will always be an ongoing and ever-evolving issue we recommend you take the necessary steps to protect your business. Hiring an IT professional to work in-house or outsourcing to a managed security services firm, a good example of one would be MyTek, to help give you the edge in business.

Previous Which is Better – Office 365 vs. G Suite?
Next Casino Revenue On a Global Scale 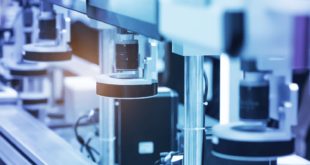 The Importance of Embracing a Machine Vision System for Quality Check 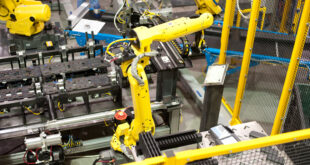 The Use of Mechanical Joints in Robot Arms

6 Things You Need to Know About Dedicated Server Security