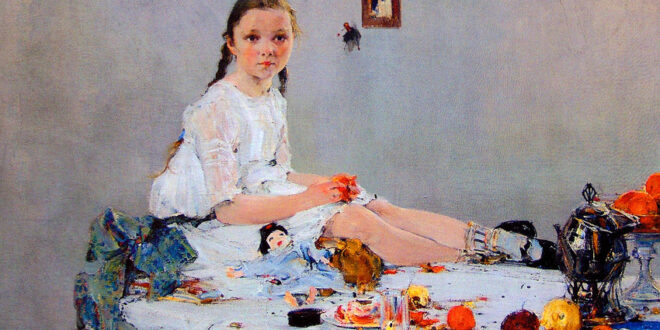 Expressionism is one of those periods when art was truly mesmerizing, and for many painters and art-lovers across the world, one of the favorite stages. The name of this artistic trend is pretty self-explanatory when you think of it, but for those who aren’t familiar, we’re going to give a short explanation about what it meant back then.

Expressionism was a period in which artists had only one goal. To portray the world as they imagine it in their head, and from a completely subjective perspective. This means that the paintings didn’t have to be realistic at all, in fact, the stranger they were, the better. Some amazing pieces of art came from this period, so today we’re going to pay some attention to the top artists and representatives of Expressionism. However, we’re not going to choose them globally, but we’re going to focus on Russia instead.

Antonov was an artist in every way that the word “artist” can describe someone. And we’re not just talking about painting and visual art. Sergey was described as a person that has an artistic sense for everything that he did. According to him, art is unable to exist without emotions, and this is something that a lot of other artists find true as well. He describes the crying of a baby as a beautiful tragedy that can wake up a lot of emotions in you and he compares it to a lot of different moments in his life. Sergey has a famous painting called “On The Chair” and it is painted on canvas, using oil. The dimensions are 70x50cm.

This is one of Russia’s best artists when it comes to expressionism, and a lot of people say that he has a real natural gift and talent for painting. When you take a look at his art pieces, you can notice that he has very high attention to detail and a great sense of aesthetics. His style is something that can be described as a mix of folk tradition and professionalism. All of his deeds are just a reflection of the world as he imagines it, and they are truly beautiful. He likes to include a lot of contrast in his paintings and this is just one of the things that mark his style as very unique and recognizable. His famous painting is “The Bouquet” made on hardboard with oil. 68x45cm are the dimensions.

We now have a female artist that is also really well known in Russia, and most of her work is kept in the Cathedral of Christ the Savior in Moscow. Elena is a real artist, and she began working on improving her talent ever since she was a young child. Today, she is known for many famous paintings such as “Daisies” and “Girls with the cat”. Her style is very realistic and she likes to focus on details while portraying things as closely as they look in real life.

This famous expressionist artist was born in Moscow, on 16th December back in 1866. He is known amongst all Russian painters for his exceptional work that you can see on meisterducke.us

He is known for being influenced by the Late Impressionism, and his signature style can be recognized by the shapes and colors that he tends to give a lot of special and hidden meanings to.

Wassily’s style is unlike anything we’ve seen before, and he manages to combine unreal images with such fine attention to detail that makes you want to keep staring at the painting until you finally stop discovering new hidden meanings. Kandinsky’s art is like a huge map of hidden treasure, and the more you look the more impressed you are by realizing what he wanted to say by painting that certain thing on the canvas. If you want to be motivated and inspired as an artist, definitely take a look at his work.

Postnikov is the type of artist that isn’t supposed to introduce himself or talk about his work. When you take a look at a painting, you’ll immediately notice that it was done by Sergey Postnikov. He has a special style that is recognizable by the outlines and vibrant colors that he uses, as well as the minimalism touch that can be seen in all of his work. Some examples are “Landscape” and “White House” which if you take a look at, you’ll see the huge similarities in the color and overall style.

Although most of his work is pretty “bright” in terms of meaning and colors as well, he has some “darker” paintings that make you think about the way he imagines the life. One of the best examples for this is his oil painting called “A talk with the shadow” made on a canvas back in 2013.

Julia is the type of artist that can combine the most realistic and unrealistic elements in the same painting, and still make it look good and of top-quality. One of the best examples for her work is the “Morning Moon” painting that is acrylic and the dimensions are 60x60cm.

It features an orange-haired girl that’s riding a pony, and a few unknown items next to her that remind of some kind of toys. The biggest and most notable element on the painting, however, is the huge skull with horns that gives the entire dark aspect of the painting, and the two dice right next to it which are both laid down with their “five” number facing upwards.

The moon is shining hard but it’s a morning, which is why the painting is called “Morning Moon” as well. This painting is truly a masterpiece and we recommend taking a look at it if you are willing to get inspired.

Julia believes that a painting is something that should wake up a lot of emotions in the person that’s looking at it, and just because of this she thinks that art is one of the most powerful tools of sending a message.

Previous DDMRP: What Is It and How Can Businesses Benefit From it
Next How to Make Your Dress Look Elegant and Classy? 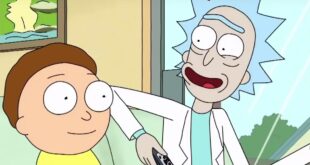 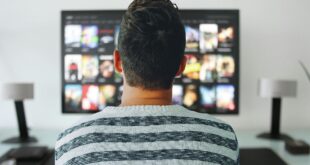