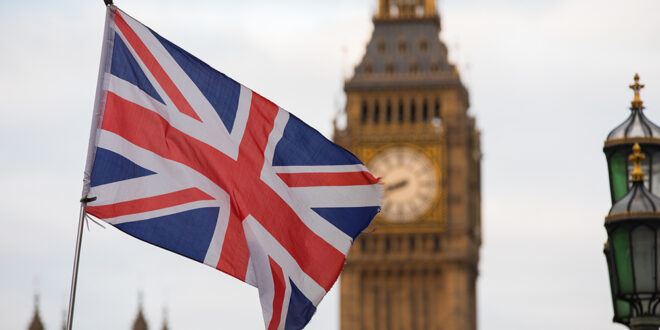 How Can I Get a UK Sponsor Licence to Employ Foreigners?

With the Brexit process finished, EU citizens, just like other foreigners, need to get a visa to work in the UK. In order to avoid labour shortages and attract as many highly qualified employees in various fields as possible, UK authorities have simplified the procedure for obtaining work visas for employees and UK sponsor licences for employers. Vasily Kluev, a UK-based legal company, has told us what a UK sponsorship licence is, why businesses need it to employ foreigners and how to obtain it.

UK authorities encourage foreign specialists to come to work in the UK, but they can only be employed by companies with a UK sponsor licence that are authorised to issue certificates of sponsorship. A sponsor licence is not only a way for the British government to control work immigration into the UK but also a means of ensuring decent work conditions and acceptable pay for the foreign workforce.

On the other hand, rules of hiring foreigners are not as complicated as they might seem – it is not difficult for an active UK-registered business to obtain a UK sponsor licence, provided they follow simple guidelines from the very beginning.

Who Can Get a UK Sponsor Licence?

Any company registered in Great Britain can get a UK sponsor licence, provided it complies with all the requirements of the Home Office. UK universities, colleges and schools must also become sponsors before they can accept foreign students.

Note that Brexit made it easier for companies to hire foreign citizens; before that, they had to prove that they had not found a suitable person for the job among the settled pool of workers that included both UK and EU nationals.

What Requirements Must a Prospective Sponsor Meet?

The Home Office grants a UK sponsor licence only to companies that are prepared to hire foreign specialists and comply with all necessary requirements.

Requirements you must meet to get a UK sponsorship licence:

What Documents Do I Need to Submit to Get a UK Sponsor Licence?

You must attach at least 4 pieces of evidence to your UK sponsor licence application – the full list depends on the type of organisation and individual circumstances. The best way to find out what documents you will have to submit to the Home Office to get a UK sponsorship licence is to book a consultation with a qualified immigration advisor in advance.

First of all, you will need to submit evidence that your company operates legally in the UK. It might include the following:

Besides, start-ups that wish to hire foreign workers are strongly advised to submit to the Home Office a detailed business plan – this is not mandatory, but, according to experts, this will increase your chances of getting a UK sponsor licence.

Once you have collected all supporting documents and drafted a business plan, you may start your UK sponsorship licence application process.

You need to apply for a UK sponsor licence online. The Home Office may request any necessary documents to be put together in full accordance with Appendix A to the Sponsorship guidance and posted to them. If for some reason, you fail to submit the supporting documents in time, your application may be refused, so you will have to spend more time and money on making things right.

A prospective sponsor must have a flawless reputation. If your company has been involved in money laundering or fraudulent practices, prosecuted for breaches of the British immigration laws or has had its UK sponsorship licence revoked before because of failure to fulfil its obligations as a sponsor, then you are highly likely to have your UK sponsor licence refused by the Home Office and not to be able to hire foreign workers.

Another requirement is to appoint an employee to be an authorising officer – their job will be as follows:

Apart from the authorising officer, the company appoints a key contact, a level 1 user and, optionally, a level 2 user. You can appoint different people to these roles, or they can be filled by the same person. The main point is that the appointees must permanently live in the UK and have a good reputation.

British companies are allowed by the Immigration Rules to obtain a UK sponsor licence to hire workers for long-term and short-term employment. Some organisations have both a ‘Worker’ licence and a Temporary Worker licence.

The cost will depend on your business size and the type of licence. Small businesses pay the smallest fee for the right to employ foreign workers. This type of sponsor includes charities and small businesses characterised by at least two of the following three features:

You can also join the premium customer service scheme, provided by the Home Office for the companies which need extra support from an appointed licence manager to manage the UK sponsor licence. This service costs at least £8,000.

As a rule, it takes the Home Office at least 8 weeks to process an application for a UK sponsor licence. Immigration officers might want to visit your organisation to make sure you meet all the requirements.

You can pay an extra £500 to get a decision within 10 working days. According to immigration advisors, the entire process from online application to obtaining a UK sponsor licence usually takes in average three months.

A UK sponsorship licence for employers is valid for 4 years, then it needs to be extended.

Certificates of Sponsorship and Work Visas

As soon as you get your licence, you may issue Certificates of Sponsorship (CoS) to the foreign workers you want to employ. A certificate of sponsorship is, in fact, a record in an electronic system, not a physical document. Every certificate has its own number which a foreign worker may use when applying for a UK work visa.

Once your foreign worker has received a certificate of sponsorship, they have three months to use it to apply for a visa. The electronic document has the start date of the job listed on it. The foreign worker would not be able to file their application for a work visa with the Home Office more than three months before this date.

Currently there are two types of certificate of sponsorship: defined and undefined.

While applying for a UK sponsor licence, you will be able to estimate how many undefined certificates for permanent and temporary foreign workers you will need within the first year.

An employer needs a certificate of sponsorship irrespective of whether they plan to employ a foreign worker for temporary or permanent postition.

A certificate of sponsorship is free of charge for Turkish citizens and citizens of 24 member states of the European Union. But if you want to employ workers from other countries, you will have to pay the following fee for each certificate:

If you assign a certificate to a worker on a Skilled Worker visa or an Intra-company Worker visa, you must pay the Immigration Skills Change in the following cases if your prospective employee applies for a visa:

You pay the Immigration Skills Change when you assign a certificate of sponsorship. The amount you pay depends on your company size, its field of operation and the period of time the foreign employee will work for your company.

You will not have to pay the Immigration Skills Change, if:

Neither will you have to pay the Immigration Skills Change if you are sponsoring someone falling into one of the 10 categories related mainly to teaching, research, religion and sport. These include chemical scientists, physical scientists, biological scientists, social scientists, qualified sports coaches, sports players and clergy.

In order to find out what fees you will have to pay, book a consultation with experienced immigration advisors in our company.

Who Does Not Need a Certificate of Sponsorship to Work in the UK?

Since 30 June 2021, a certificate of sponsorship is required to get a job in the UK for all migrants, including EU nationals. The only exception is Irish citizens; they do not need a sponsor and have the right to get employed on the same terms as the British.

What is a UK Sponsor Licence Rating?

The rating system helps the Home Office to make sure sponsors fulfill their obligations not only towards the regulators but also towards foreign workers.

Once a company’s application is approved, the company is granted an A-rated licence which allows the sponsor to assign new certificates of sponsorship and offer jobs to foreign workers. The company becomes listed in the register of sponsors. The licence may be downgraded to a B-rated one at a later stage if you fail to meet sponsor responsibilities. A B-rated sponsor is not allowed to employ new foreign workers. However, even with a status as low as this, you can still assign new certificates of sponsorship to workers who are already employed with the company.

In order to keep your licence, you will need to contact the Home Office within 10 days of the downgrading to get an ‘action plan’. By the way, you will have to pay £1,476 for the plan, but as soon as you have completed all the steps mentioned in it, your licence will be upgraded.

Your licence can be downgraded only twice; then you will lose it. If it does happen, you cannot appeal against the decision and you will only be able to reapply in 12 months.

If you need to get a UK sponsor licence, make sure you have the support of a reputable legal company experienced in the field of work-related immigration to the UK – qualified experts at Imperial & Legal will be happy to help you deal with this as well as with other issues related to your business. 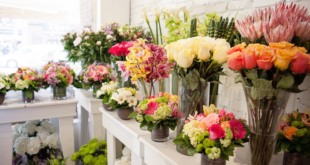 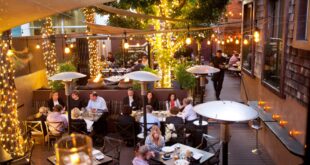