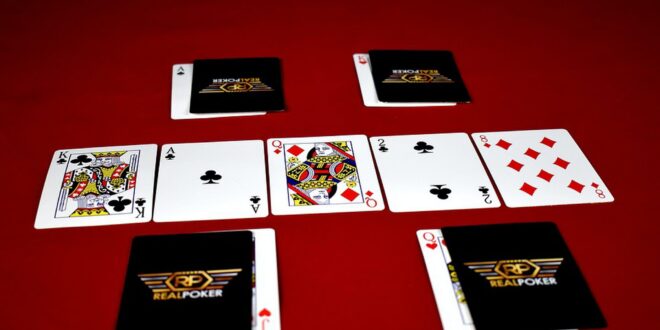 Understanding the Different forms of Poker

The history of poker has been difficult to track, because of the way the game has evolved over the centuries. It bears a resemblance to early games from both China and Persia, but it is commonly accepted that its closest relative is the 17th-century French game Poque. Featuring three card hands and a heavy reliance on bluffing, Poque was brought to America by French colonists where it became a favorite form of entertainment in the French colonies around New Orleans. The game continued to evolve with influence from the English colonists, becoming more recognizable in its modern form with five-card hands and a 52 card deck.
Poker made its way around America, played by railway and riverboat workers and Civil War Soldiers.

The ease with which it could be picked up and the fact that very little equipment was needed to play it, made it the perfect game to play on the move. It was brought to Britain at the end of the 19th century, and gained further popularity across Europe during World War 1, thanks to the influx of American soldiers who brought it with them during their tours of duty. Modern poker gained worldwide popularity during the poker boom of the 2000s. Along the way, several variants of the game have emerged, varying in difficulty and popularity. Here are some of the most common games you will come across.

The most popular form of poker at 888Poker is Texas Holdem which is also the most commonly played game of poker in tournaments of all sizes, including the World Series of Poker. The game is fairly straightforward to learn, however, the difficulty in winning comes from reading the players and the table and calculating your chances. Often played without a limit, it’s the poker form that gives you the highest chances of winning big.

Players are dealt two face-down hole cards before the initial round of betting. Two players are designated ‘the blinds’ and must ante up, but others can then choose to raise, call, or fold. Three community cards – the ‘flop’ – are dealt before another round of bets, then a fourth (the ‘turn’) and a fifth (the ‘river’), with more opportunity to bet after each additional card. Players must make the best five-card poker hand using any combination of the five community cards and their two hole cards. Texas Hold ‘Em gives players plenty of chances to reassess the situation and fold a losing hand. Typically pairs and suited or big unsuited connectors are worth carrying into the flop, and if nothing useful comes up you can duck out before becoming pot committed. Because of its popularity, there are plenty of strategy guides for Texas Hold ‘Em, so learning the basics is fairly easy to do.

Omaha comes in two main variations; Omaha High and Omaha High-Low, and both follow a similar set up to Texas Hold ‘Em. The difference being that players are dealt four hole cards, and must use exactly two of them when combining with the community cards to make the best hand. Because your hand possibilities are increased through the extra hole cards, making it easier to form a good hand, winning Omaha hands tend to be higher than in Texas Hold ‘Em. Bluffing also plays a smaller part in the game, so if that’s your weakness, this could be a good variant for you.

The difference between High and High-Low versions comes when revealing the hands of the winning. Omaha High pays the entire pot to the highest hand, but Omaha High-Low splits the winnings between the highest and the lowest hands, giving players an alternative strategy if their initial cards are disappointing. You might also find casinos offering 5-card Omaha, where you have an extra hole card.

Whether 5-card or 7-card, Stud poker is played without community cards. Players are dealt with their own individual hands, usually with some of the cards being private and others being face-up on the table. You will still need to make the best 5-card poker hand, with rounds of betting happening after each new card is dealt, but you will have more information on what cards are being held by your opponents, making it easier to work out what hands they might be able to make. If you like your poker games to be open, with plenty of information to work with, stud poker may well be the variant for you.

Not one of the most well-known forms of poker, but no less fun than the traditional formats. Chinese Poker is played with 2-4 players and it is slightly different from the others, for a start, there are no chips involved like there is in all three of the other variants we’ve looked at so far. Instead of chips, players play for units or points. The idea is to arrange your cards into three rows, with the intention of beating your opponent’s corresponding row. You win points when your row is stronger.

To begin, players arrange their 13 cards into three rows, with three cards on the top, five in the middle and five on the bottom. The bottom row must be stronger than the middle row and the middle row must be stronger than the top row in order for the game to begin. If the hand doesn’t qualify, the opponent wins. The rows are matched up against your opponent’s rows, with each row being worth one point, although three points are awarded if one player comes out on top in all three rows!

There are many more forms of poker than are mentioned here, including some more modern versions that you will only find online. Be sure to try a few in order to find the one that suits your play style best.