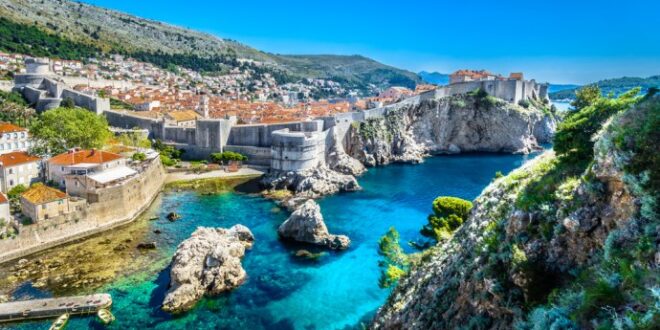 The Mediterranean Sea is often described as one of the most interesting regions in the world. There are a lot of cultures that have deep roots on their shores. It represents a mix of cultures that have always communicated and benefited from each other. Naturally, the climate plays a crucial role in the whole setting. You have certainly heard about Mediterranean cuisine, which is an important aspect.

Among all of the places you can visit in this part of the world, Dubrovnik, Croatia, stands out because of its rich history, culture, position, and a wide array of different factors. Even though this place was always popular, we can see that the filming of “Game of Thrones” has put it on the map for way more tourists. That’s why we would like to talk about seven reasons why you should visit Dubrovnik. Let’s begin.

Entering Dubrovnik feels like you have entered some sort of time machine, and you have traveled to the 16th century. The reason is quite simple, the old town is ancient, and it can be found in some of the oldest manuscripts from the Medieval Age. Just think the information can help you understand how ancient it is.

Naturally, there are a lot of modern aspects, both within the walls of the old city and outside. However, the old town has perceived the unique atmosphere. The town as we know it today was built back in the 12th century, and there are still many features from this time that are well-preserved.

If you have visited all the major Croatian cities, you will have no problems understanding why Dubrovnik is the most visited place in the whole country. One of the most important factors is that it is the home of a one-of-a-kind culture. Many people don’t know that this was a self-government country for more than five centuries.

Because of that, the locals have developed their personalities and habits, different from any other city in Croatia. The walls built around the old town were built as protection from the potential enemies who were interested in robbing the city of its riches. Since this was a crucial trading post on the Mediterranean, there were many of them inside the walls.

Every year, Dubrovnik is home to many different festivals. It doesn’t matter what sort of culture or music you are interested in, you will find something for yourself. The biggest and most important one is the Dubrovnik Summer Festival, which has more than 60 years of tradition. You’ll be happy to hear that it lasts more than two months. So, you can visit it whenever you have the chance during that time.

Another one is called Maraton Ladja. We are talking about the traditional rowboats race. Besides these two, you can visit numerous wine festivals, film festivals, etc. So, if you are interested in more than basic tourism, this is the place to be. During these festivities, the city is filled with tourists. So, if you require parking, check parkingdubrovnik.com, visit this link, and find all about it.

As is the case with almost every place in the Mediterranean, Dubrovnik has many beautiful beaches for you to visit. The thing that separates it from all other ones, is that no matter where you go, you will have the old town in your sight. Certainly, you can make some great pictures.

Another important aspect for Dubrovnik and its surrounding is that it is filled with numerous islands. Many are surprised to find about how many of them are in this region. A couple of decades ago, reaching these islands wasn’t as easy as it is today. Thankfully, the locals have found a way to make these much more accessible to those who are interested in visiting them.

The reason is that you can reach them by taking a taxi boat. When it comes to the most popular ones, we feel that Lokrum is probably the most sought-after one. You will not have a chance to spend a night at this place since locals say that it is cursed. Still, we think that these stories will make it much more interesting for tourists. If you love these stories, this is the place to be.

Since we are talking about the coastal town, you can presume that it has a perfect climate, no matter when you are about it visit it. So, if you come from a country that doesn’t have a lot of sunny days over the year, you can always spend winter months in this place, and experience seeing any snow and cold. Besides that, you will be near the sea, which is always a plus.

But, there is another factor that you need to take into consideration. Because of its unique location, it never gets too hot, even during July or August. The reason is simple, it experiences a gentle sea breeze at all times. Therefore, you will not need to worry about experiencing a scorching sun. Sometimes, locals go for a swim even during October and November, which is unthinkable in many other places in the region.

Last but not least, we would like to address something we’ve mentioned at the beginning of the article. You surely know that Dubrovnik is a place where a part of the famous TV show “Game of Thrones” was filmed. We are talking about the King’s Landing. You will recognize many streets that appeared in this show. Besides this one, many other movies and shows had this old town as the main location.

Dubrovnik, a gem of the Mediterranean, is one of the most beautiful places in the world. If you conduct thorough research, you will see that a traveler from the 17th century referred to it as “the heaven on earth”. That alone should provide you with what you can expect. In this article of ours, you can take a look at a couple of reasons why you should visit it when you have the chance.

Previous Top 5 Undiscovered Places to Visit in the Balkans In 2023
Next Is Cloud Gaming Set to Bring Browser-Based Gaming Back to the Front of the Industry? 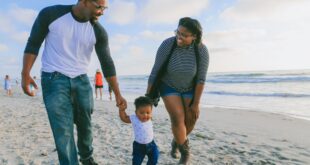 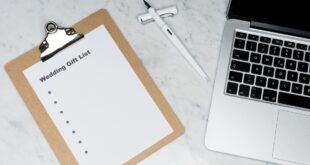