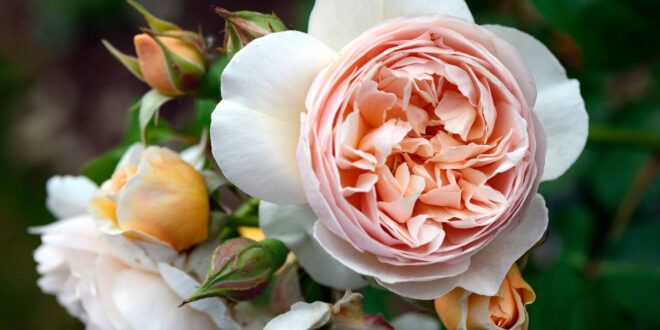 What Are Some of the Most Expensive Flowers You Can Get?

Flowers are one of the most beautiful products of nature. They not only embellish our world with their beauty and scents but are also used for expressing feelings and are often a significant part of many special occasions. With their variety of meanings, colors, sizes, and shapes, they are perfect for showing any type of emotion and can be used to convey anything that might be difficult or impossible to express with words.

Although buying a bouquet of common prevalent flowers to adorn your home might not be expensive at all, there are others that are quite pricey, and some that might even cost you a small fortune. So if you are curious about what the most expensive flowers you can get are, take a look below.

Because of their delicate nature and white color, the so-called paper flowers can cost $10 to $35 per bundle. After their stem is cut they usually last for only a couple of weeks, which is the reason why they are a bit pricey. The Lisianthus grows annually, and its color ranges from violet-blue, lavender, light purple, to white.

These flowers usually cost $6.5 per stem because of their short lifespan. Due to heat, they tend to wilt quickly and easily, which is why it is advisable to use them on the same day they are purchased. They grow in clusters and are usually white, although they come in pale purple, light blue, and pink colors as well.

They are commonly present during various celebrations, such as weddings, baby showers, and others. To learn more about how they are used in event decoration, you can visit www.floraqueen.es

Lily of the Valley

Lily of the Valley has a wonderful smell and is a very popular flower. However, it is also poisonous. They have a very fragile and short lifespan and if harvested incorrectly the blooms will die even faster. These flowers are usually sold from $15 to $50 per bundle and usually bloom in late spring, growing between 15-30 centimeters high.

This is an indigenous Asian and South African plant, that is expensive due to its uniqueness and rarity. It costs $6 to $10 per flower and best grows during wet summers that are followed by a period of dry weather. Although its flower is extremely poisonous, it is used among some local people for medicinal purposes. Its showy petals come in a variety of colors such as yellow-green, yellow-orange and deep reds that change from center to tip.

The following flowers are much rarer and way more extravagant, but if you are looking to go all out, you will still be able to get them.

It has earned its name, Gold of Kinabalu, due to its rarity and the price of $6,000 per piece. This orchid is so rare that it can only be found in one place, which is the Malaysian Kinabalu National Park. It is expensive because it only grows in April and May and it can take up to several years for the flowers to open up. It is an orchid that is unlike any other with its green petals speckled with red dots.

The orchid is named after a group of researchers who originally created this man-made flower. It took them eight years to cultivate it and the flower only blossoms every 4 to 5 years. It is priced at $200,000 due to its origin, rarity, and beauty.

Juliet roses are probably the most expensive flowers in the world. The rose bloom is extremely rare, that it took its creator fifteen years to grow it. You would have to be prepared to pay around $15 million for a single rose, but the flower itself is extremely mesmerizing and beautiful and has a very soft scent. It is a pale peach color, with darker tones coloring the middle of it.

Although flowers come at various prices, just like they do in colors and shapes, there is no doubt that they will forever have a special place in the lives of many people.