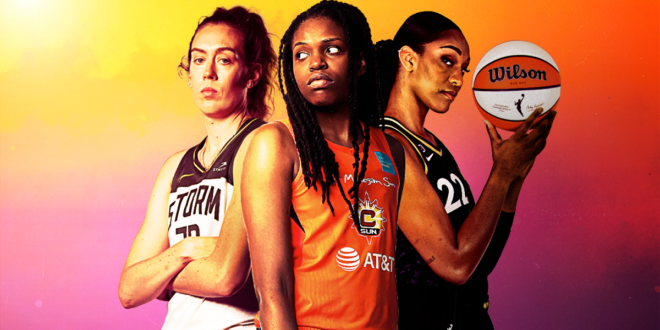 Basketball is a huge deal in the United States but for too long the men’s game has dominated. Slowly but surely, more respect is being poured on the women’s game though with viewing figures increasing by near on 50% compared to last season serving as perfect proof of that.

It’s not a surprise to us though because there is some real quality on the courts nowadays. Here we look at the best players in the WNBA right now, according to Bovada sportsbook.

We begin our look at the best players in the WNBA right now with a veteran in the shape of 36-year-old Candace Parker. It would probably be fair to describe Parker as being in the twilight of her career now given she’s played 14 seasons at the elite level now; even so, she isn’t slowing down.

For 13 years Parker had turned out for the LA Sparks, with whom she won the 2016 Championship, but she made a big last year to join Chicago; then she inspired them to the title. Her leadership skills are often lauded but with 13.3 points, 4.0 assists and 8.4 rebounds she contributed on the court in a big way too!

Natasha Howard is a name that a few people might have forgotten about a little given she only made it onto the court 13 times owing to injury but her averages were decent at 16.2 points, 7.2 rebounds, and 1.3 steals per game. If she can remain fit throughout the new season then Liberty has got a good player on their hands who is also capable of leading some of her younger teammates.

Next up we have Jewell Lloyd of the Seattle Storm. She are arrived with the Storm as the number one overall pick back in 2015 and despite performing well, this season just gone was arguably here biggest test yet. With a couple of key players – namely Tash Howard and Alysha Clark – and moving on, Lloyd was tasked with stepping up to the plate.

Step up to the plate is what she did! Lloyd posted career highs in steals (1.5 per game), assists (3.8) and points (17.9). Ultimately though Lloyd and co fell short of where they wanted to be but it had nothing to do with Lloyd!

We’ve already mentioned on of the key players of the Chicago Sky roster in Parker and Courtney Vandersloot is another. In fact, she’s arguably the most important player in that squad courtesy of her playmaking ability. Vandersloot tore things up in the Finals making double digit assists in each of the postseason games; that’s bonkers. What’s more bonkers though is her regular season numbers; her 8.6 assists per game was a league high and something she’s now achieved in six consecutive seasons.

When it comes to offense there are few players in the WNBA that can stand up to Kelsey Plum of the Las Vegas Aces. She’s just put up a points per game tally good enough for second in the entire league and did so by sinking more three pointers than anybody else; it’s not all about taking more chances from beyond the arc either because her conversion from range of 42% is pretty noteworthy as well! The fact she’s just won the All-Star game MVP award is further evidence of just how high Plum’s ceiling is.

In Sylvia Fowles we have another experienced WNBA star but, like Parker before her, Fowles continues to show her class out on the floor. In fact, that’s a disservice; her defensive game is out of this world. We can back that up with 10.1 rebounds per game having been won by Fowles last season whilst she also holds the season and career high record in the same category. On top of that, she’s a menacing shooter too. She put up 16 ppg last season and averaged 64% conversion from the field.

It doesn’t take a genius to realise A’Ja Wilson deserves to be mentioned amongst the best players in the WNBA. The Las Vegas Aces small forward only came into the league in 2018 and has already been recognised with four All-Star awards and the 2020 MVP award. Considering she put up several career highs last season it is fair to say her progression isn’t slowing down. With 18.3 points, 9.3 rebounds, 3.1 assists and just 1.4 turnovers she’s quite the all rounder too! Can she handle the pressure of carrying this side though?

We now turn our attention to Jonquel Jones, who is coming off the back of the best season of her career. What’s more remarkable though is that she did so having missed the entirety of the previous campaign. So, just how good was Jones?

Well, good enough to scoop the league MVP award. It’s not much of a surprise either given she led the league in rebounds (11.2) whilst Jones also put up personal bests in assists (2.8), steals (1.3) and absolutely shattered her previous points per game tally sinking an average of 19.4 per game; that’s 4.0 ppg more than her previous high.

Last but not least in our look at the best players in the WNBA we have Breanna Stewart; she is, in our view, the very best in the league right now! She starred in 2020 as her Seattle Storm side won the Championship with Stewart scooping the Finals MVP award.

For a long time, it looked like 2021 would be another mammoth season for Stewart and co but injury ruined her tilt at the full-season MVP award; her game averages are impressive though with 20.3 points, 9.6 rebounds and just 1.6 turnovers. With the injury now in the past, this season could be a special one. 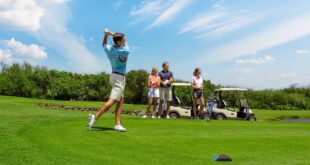 5 Tips For Organizing a Successful Golf Trip to Cancun