Why Living in Buenos Aires is a Good Idea

If your plan is to go to South America but want to stay in a European-looking country, Buenos Aires seems a good compromise. Life there is very similar to a European City, indeed Argentinian culture.

The megalopolis Argentina has inherited the passage of different European cultures, especially Italian and Spanish who have shaped its current landscape and its customs. Today it has more than 3 million inhabitants, including a large network of expatriates mainly from Italy, France, Germany, and Spain.

The Argentine capital, Latin America’s third economic power, attracts both for its relatively open job market to expatriates and for its pleasant living environment that combines Latin American and European cultures.

A heritage of different culture

The architecture betrays the European origins of Buenos Aires. Close to the Haussmann buildings of Paris, the megalopolis Argentina deserves its nickname of “Paris of South America”.

This resemblance is explained by the history of the city and because of its port located at the mouth of the Rio de la Plata which allowed to develop its trade with the outside and which attracted Spanish, Italian, French and English over the centuries. It is from 1880, the date of its independence, that the city saw grow most French houses, parks and even the metro.

You will find buildings of the early twentieth century showing French or European inspirations along the Avenida de Mayo or in the neighborhoods of Palermo and Recoleta. If you are looking for a property in Argentina and, more precisely, in Buenos Aires, you will undoubtedly fall on houses with a very European style.

The “porteños” are very friendly and outgoing, they are full of life. It will be easy to meet new people. Since Buenos Aires is really vibrant and lives at night, this is where you could mostly engage a conversation with some group of people. Palermo and Recoleta are the neighbors where nightlife thrives, nightclubs and bars are at every corner.

Some Argentinians speak English or have some notions of it, but the language here is definitely Spanish, which is the official language of Argentina. So pick up your Spanish book and begin to study, or you can also take online courses or classes in schools like expanish.com, which will help you meet new people and improve faster!

The rhythm of the Argentinians, which is very close to the Spanish, as well as gastronomy, which looks somewhat like the Italian or French gastronomy (taste therefore the delicious ice cream of the “headers” or the croissants sweetened in half-moon called “medialuna” for you in to persuade) also offer Europeans an air of déjà-vu.

Buenos Aires is also the football capital, home of the two most famous teams in the country, Boca Juniors and River Plate. Football is a passion in Argentina and especially in Buenos Aires where Diego Maradona, one of the big stars of Argentine football, was born, who took the country to the victory of the FIFA World Cup in 1986.

The best way to find your activity in Buenos Aires

But fortunately, no city is really like Buenos Aires. It will offer you many hobbies and features that you will not find anywhere else, or almost.

The most popular activity in Buenos Aires and the one you can not escape is tango. This world-famous dance was born in the working-class districts of La Boca and San Telmo in the 19th century.

The city has more than 150 milongas and tango balls, the most traditional of which are El Beso, Malena Sunderland Club and A Puro Tango. They gather enthusiasts and tourists around this sensual dance, in a warm atmosphere. Since 2009, Argentinian Tango has been listed on UNESCO’s Intangible Heritage List.

Street-art also brings its touch to the city of “Bon Vent” and at the same time gives it strong visibility throughout the world. Buenos Aires is even considered the capital of street art. In most areas of the city, you will find colorful murals.

Exchanging with locals will bring another dimension to your trip! 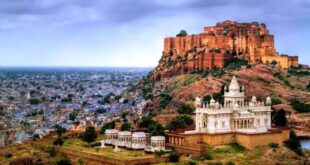 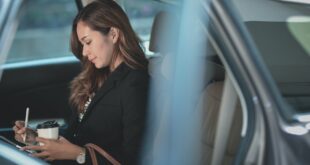 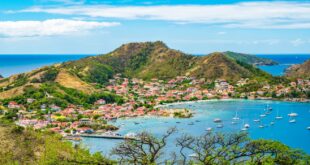