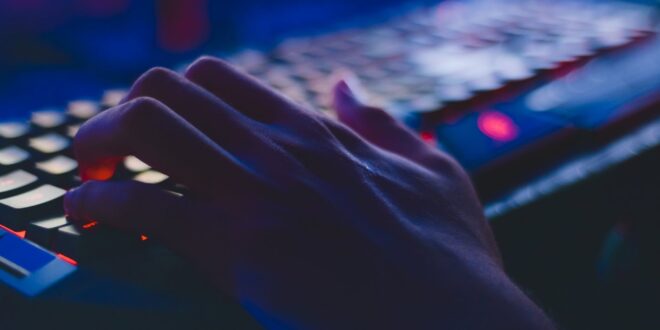 World of Warcraft is one of the most played and appreciated fantasy game that was ever released. The world went crazy about it not just because of the gaming experience, but because it served as an excellent social platform. It started even before the social platforms were “in”, and had the same effect on people. Layers were joining in for fun and socializing, and many even ended up becoming great friends. Sounds a bit like the friendship from the Lord of the rings. And it continued being the favorite for most, from expansion to expansion.

For all the lovers of this game out there, great news was announced last year, about the release of the new expansion, after a “long” year and a half pause. The release date was however moved a couple of times, adding to the pressure rise, until finally, somewhere in the second half of October, the developers said it will officially be released on their anniversary, 23rd of November. So, it happened. The new expansion pack – the Shadowland, has seen the light of day. It’s a continuation of the story after the final battle for Azeroth. After everyone has died, and before being resurrected, the world they’re experiencing is the Shadowland.

Reviews written so far say that this might just be the best expansion ever. But what makes it so special? Keep reading to find out.

What we loved about the WoW in the first place were the endless character customization possibilities, where you can choose cool races and appearances. In this expansion, it’s even more improved with different tattoos, hairstyles, and options going beyond regular skin tone adjustments. The death knights are available for each race you choose to play as, in the game.

The new, animated series came out

The new expansion release is followed by an animated series, already confirmed earlier by the game developers. As it is obvious, it is released under the title Shadowlands Afterlives: Animated Series. The idea behind this is to have a series serving as an introduction to the expansion pack. Since it was released approximately one month before the expansion, the viewers could notice is the appearance of the characters who were long gone, died, in the previous lore. The series only added more excitement before the game release, offering a glimpse of what can be expected from the expansion.

The expansion comes with a bunch of exciting new zones. Four new zones will be for leveling up, where you can complete different quests and follow the storyline. If you get stuck on a certain level and need a little boost, wowcarry offers a great solution for progressing in the game, faster. The central hub will gather all the participants is called the Paribus. In the end, the zone reachable for those that achieve a maximum level is called the Maw.
When you start playing, the first zone you’re entering will be the Bastion. It’s a land of Kyrion, some sorts of angles. This will be the expansion’s version of heaven. For those who deserve some rest, this is where they will be sent. We won’t tell you more details about the zones, since it will ruin your excitement. However, we’ll list them for you:

One of the largest new additions to the game is the alliances or as stated in the game, covenants. Each zone you enter is under control or ruled by one of these covenant fractions. We already mentioned one of them in the previous point, the Kyrian. Each plays a specific role in the afterlife. As you offer your aid to one of them, in their zone, they award you in return, with a set of new skills (two new skills). One skill will be connected to your character race, the other will be universal.

Upon completion of the main story, the expansion is connected to, reach the maximum level, you can choose which fraction you will become a permanent ally with. This comes with even more cool skills, you’ll own permanently, and that is connected to the covenant. With this, you also get a specific set of armor, which will further unlock a completely different, new, quest, longer than the ones you’ve played so far, in which you will discover a good part of the story connected to Shadowlands and the game’s end. How exciting is that…

When the expansion was announced, it was also said that it will come with eight new dungeons. What they didn’t say, and what you should be most excited about is the endless dungeon, Torghast, Tower of the Damned. This one gives you the possibility to enter an endless adventure with four other players, or alone if you choose to. It can be compared to what was seen in Diablo. Each time you enter this dungeon it will be different, changed, and have different interesting challenges.

Beside Torghast, players can enter the Maw. In the first part of the text, it was mentioned as the maximum level zone, inspired by the classic. Supposedly, when you reach the end of the game or the expansion since the game appears never-ending, you will face very difficult tasks requiring maximum coordination in order to complete the final parts of the expansion. This should be a good thing.

The game is known to have more than one hundred levels, which became a bit boring. This expansion brings you new levels, decreasing them to not more than 60.

Anyway, this is all we can tell you about the new expansion. The rest you should experience yourself since we’ve done our job in proving this will be the best expansion ever.

Previous Effective CBD Treatment: Five Tips On How To Pick A Good CBD Product
Next 7 Mistakes to Avoid When Transferring Large Amounts of Money