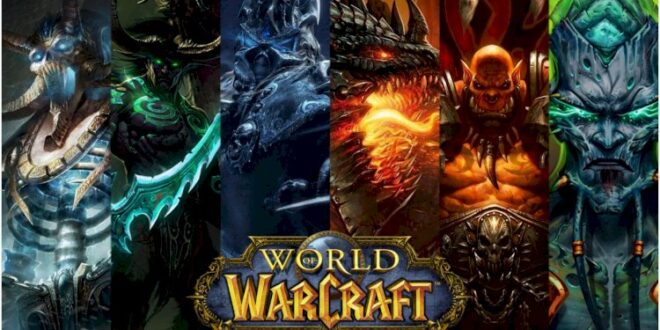 People use different methods to fulfill their free time. Some people would rather decide on outdoor activities. For instance, they would to a cinema to watch some movies with their beloved ones. Despite that, younger people usually like to go to a club and have fun. Still, outdoor activities are not the only option that we all have. There are many entertaining things that you can do at home as well.

Some people like this way of having fun because it relaxes them. They would rather choose to spend their afternoon in front of a TV. Yet, some people require more action. Because of that, they would gladly decide on playing different types of games.

The online gaming industry is experiencing popularity growth. This type of activity allows people to reduce the level of the negative energy they feel. In other words, winning at the current game is quite motivational for them. One of the games that have a long tradition among gamers is World of Warcraft.
We do not want to say this is the most popular game of today. The number of active players has reduced compared to previous years. However, this doesn’t mean that the number of active players is not huge.

As we said, this game has a turbulent past. When WoW was primarily launched, it was quite different than it is today. This doesn’t need to surprise us at all. We live in a world of advanced technology and gamers have more and more requirements. The developers of the game had to show the dose of creativity and use their talents to satisfy the needs of gamers. Because of that, we have several different expansions of the game. They were all good and bad in some unique way.
This article will be useful for every person that wants to become good at playing WoW. If you are one of them, you need to use every tool to become better.

1. Wrath of The Lich King

We know that older gamers feel nostalgic when they hear the name of this expansion. Indeed, this is the second expansion that this game experienced. However, it brought many players and ensured the popularity growth of the game. Many gamers will tell you it is the greatest of all time.
This version of the game introduced players with Northrend continent for the first time. Despite that, the game also provided the most cunning villain that series has probably ever seen. More precisely, the former Crown Prince of Lordaeron (Arthas Menethil) turned Lich. This was a sensation of that time among the gaming industry.

The developers of the game used different cut scenes and a wide range of new activities to grab the attention of the gamers. Everything around the expansions was associated with the evil threat. Despite that, whatever players were doing, it was somehow connected with Lich King.
Finally, many gamers will tell you that Ulduar is the most entertaining raid of the game. Well, the ride was introduced to players for the first time in this expansion.

We will get back to 2007 and talk about the first expansion that WoW has ever got. In this period, players had the chance to get familiar with Outland for the first time. Despite that, all players got the chance to enjoy some new races. There were also new regions that they could explore. For the first time, they were introduced with Dranei to the Alliance and Blood Elves to the Horde. You can imagine how fascinating this was for players of that time.
Horde players also got the opportunity to play as a Paladin. This type of class was only available to Alliance players. However, the developers were thinking about the expectations of everyone. Because of that, Alliance players got the chance to play as Shamans as well. These changes ensured a higher dose of replayability. All gamers were racing to level new classes up to the max level. Before that, the cap was limited to 60, and in this version, it was 70.

As we said, the game had many ups and downs during its long history. Well, Cataclysm is one of the expansions that many gamers consider controversial. In this version, the face of Azeroth was completely changed. All popular areas were changed, the continents were divided in half, etc. The completely new look of the world was welcomed in different ways. Some players were fascinated by the changes they got. On the other hand, senior gamers were not amazed by the changes they got.

This type of scenario does not need to surprise us a lot. Experienced gamers improved their skills for a long time. They were preparing themselves in a way that was not matchable with the new world. However, we do not want to say that everything around this game was bad. It truly had an impact on the future expansions and it changed the mentality of the gamers as well.

The level cap was this time increased from 80 to 85 which made the game more competitive.

Once again, this expansion of WoW was quite controversial. Many people considered that the leveling systems were too simplified. More precisely, the obstacles they had to pass were too easy for them. However, it is simply a fact that Legion attracted a huge number of newcomers that easily adapted to the game.
This expansion is not as old as the previous ones. It was launched for the first time in 2016. After a long time, a new class was introduced the worldwide gaming enthusiasts. This time, they got the chance to get familiar with the Demon Hunter. Logically, this new expansion brought increased level cap, new zones, and different types of weapons. The storyline of the game was also powerful and it was quite entertaining for the younger generations.

Previous 6 Natural Remedies for Reducing Anxiety and Depression
Next Escape from Tarkov: All Cards with Exit and Loot