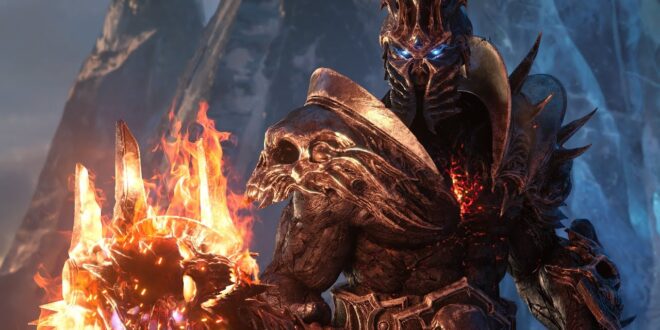 World of Warcraft is the world’s most popular MMORPG title, played by millions of unique players each month. It is developed and published by Blizzard Entertainment, a studio well-known in the gaming industry for making some of the best multiplayer games ever created. A few examples are Hearthstone, Diablo, and Overwatch, so even if you are not a gamer, chances are that you’ve heard about one of these at least once before.

Even though Blizzard is a company that has numerous games, and all of them require equal attention, today we are here to talk about World of Warcraft, specifically for the latest upcoming expansion called Shadowlands.

If you are someone who’s just getting into the world of MMORPG’s, and you’re looking for a few reasons to hop on the hype train for Shadowlands, feel free to stay with us until the end. Let’s take a look at what you need to know.

Shadowlands is the eighth expansion

The burning crusade was the first expansion for World of Warcraft, and it came out many years ago, but up until this day it’s still loved by many players, which is something that speaks well enough about the quality products that Blizzard delivers as a top-tier development company.

After TBC (The Burning Crusade), came out WOTLK (Wrath of the Lich King), and after it came Cataclysm and a few other expansions, but during these two, WoW gained a lot of fame and it was the period when it peaked as the best MMORPG title in the entire world.

Believe it or not, this game exists for almost twenty years, and it still manages to break records when it comes to newly registered players.

Am I tuning in way too late?

If you are a new player who never tried WoW before, you shouldn’t feel discouraged by the fact that this game is old and you are late to the party, simply because fresh content is added almost all the time, keeping the game brand-new even though time goes by.

No matter when you’ll start playing WoW, you can always start from the beginning and move your way up to the latest expansions, so experiencing the game to the fullest is a completely possible thing to do.

Should I pre-order this expansion?

Blizzard Entertainment is a company that always rewards those who are dedicated and committed to the game, so pre-ordering will always bring you a few extra things that will make you feel better. Whether it’s going to be a new mount, a new pet or a cosmetic item, you’ll get something, so pre-ordering is worth it if you really like to support the game. Shadowlands will be released somewhere in 2023, but it’s a bit early to know the exact official date, but if you don’t want to miss a thing, definitely hit that pre-order button. For more information about starting off the season with an extra boost, feel free to check this.

According to the official pre-order website, you can get your pre-order in a few different “forms”. Basic, Heroic, and Epic. When you get the Heroic edition, you also get a free level 120 character boost (which you can do if you use a wow boosting service available at Boosthive.com), and a special mount called the Ensorcelled Everwyrm Flying Mount.

With the epic edition, you get all of the previous perks, but with a free month of playtime and the Anima Wyrmling pet, along with the Wraithchill, a very cool-looking cosmetic visual for your in-game weapons. Some pretty cool stuff if you ask us. We expect more things to be added in the future as well, which is even better.

What can we expect from Shadowlands?

Just like in every new expansion that comes to World of Warcraft, you should expect new content, but a few other things as well. New areas, new level cap, and new items are always the core part of every expansion, but you should be prepared for the long server queues and extremely populated in-game areas as well.

The story of the WoW universe will be continued, so if you are someone that really wants to go in detail about the game, you’ll have a fun time reading what happens next, or even better, experiencing it in-game.

As for any major changes in the playstyle of this game, we’re not really sure if there will be any, but maybe Blizzard will decide to switch things up a bit because some of the older players are already complaining that the game might be a bit monotonous, which should never be the case with an MMORPG title.

A new class will probably not be available unless Blizzard really wants to surprise us upon releasing Shadowlands, but you are able to make any character a Deathknight, which wasn’t possible before. This will finally allow people to create their perfect characters, and they won’t be limited by the races at all anymore.

Do I need to upgrade my computer?

Although WoW is a game that can be played on almost any system, depending on your graphics settings of course, if you truly want to experience the latest content in its purest form, it is advisable that you get a system that can run the game on Ultra Settings with at least sixty frames per second.

Blizzard is a company that always thinks and cares about the people with lower-end systems, so you will definitely be able to run this on the lowest settings even on a computer that’s a decade old, but once again, if you want to see the new areas and experience the beauty, a new system and ultra-settings is the right combination.

Things that you need to know about

The latest expansion will be pretty interesting to play, but you should understand that things might be slightly more difficult because Blizzard is trying to correct all of the previous mistakes that they did with the previous expansion. The developers already saw how many people liked the vanilla version of WoW, so expect something similar to be included in Shadowlands as well. No matter what they come up with, we believe that it’s going to be great, so if this article made you consider purchasing the latest expansion of this wonderful video game, we’ll hopefully see each other on the battlefields.

Previous How Your Living Room Reflects Your Personality
Next What Games Do Professional Gamblers Play?