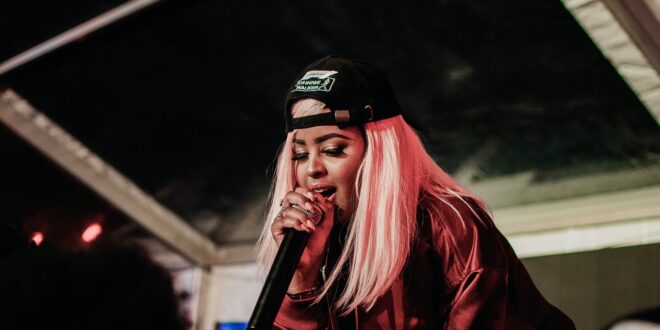 What characterizes hip hop and rap ideology and lyrics, from the emergence of culture until today, is heterosexuality, masculinity, macho behavior, materiality, and boasting. Among the most popular topics like quick cash, thanks to violence and criminal, high-priced shiny cars, blings, and posh life, one of the biggest ‘adornments’ for a true rapper is – a woman. A chick. A baby mama. A bombshell. Years have passed until the first ladies appeared in this subculture, determined to take the throne from men and show that they can ‘do it like a dude’ – and even better as women. (Well, Jessie J isn’t a rapper though, but you see the point.) From the heroines of our childhood and younger days – the famous Lil Kim and fantastic Queen Latifah and Missy Elliot to today’s smokin ‘hot representatives such as Cardi B, Iggy Azalea, and Eve.

Women have definitely rocked these waters in grandiose style and this tradition has continued in recent years, as one can notice the influx of new, ultra-talented young ladies in rap and hip-hop. Their verses are just starting to spin, but it’s already clear that a bright future is smiling at them. In case you need a little fresh breeze and new faces, here goes a list of the most prospective youngsters on the rap scene.

So young, and yet so controversial. Danielle Bregoli, better known as Bhad Bhabie, has definitely made a real mini-boom in the world of gleaming gold chains and bad guys. Really, who would say that one guest appearance on the show ‘Dr Phil’ could bring international fame to this then thirteen-year-old girl? Although she became famous after statements of a questionable character and unrelated appearances in public, she also convincingly proved to be a true young hope in the starry sky of rap. ‘Gucci Flip Flops’, ‘Get Like Me’, ‘Geek’d’ and the one from 2023, ‘That’s What I Said’ are only a part of a huge string of hits she launched.

In addition to a whole bunch of smashers making her fans around the world go crazy, this seventeen-year-old is, among other things, well-known for her involvement with older guys, dangerous images and quarrels with other hip-hop divas and female celebrities. Still, that doesn’t stop her from having quite a solid net worth for her age and experience – it’s over $4 million, as reported by gazetteday.com.

This girlie can’t be said to be a new attraction, but she certainly has a lot to say, and also to teach other newcomers. Arkeisha Knight already boasts hits with rappers that marked an entire era, like ‘Kitten’ with Lil Wayne, ‘Ready Set’ with Big Sean, as well as with Natasha Mosley.

The huge success she achieved was reflected in her nomination for the Detroit Music Award for Outstanding National Major Record Label Recording, where she, unfortunately, didn’t win the award but gained some crucial recognition. This year, her net worth is a few million less than Bhad Bhabie’s – about $ 2 million, but it’s predicted that she’s yet to create some positive chaos on the scene. Modesty and a wonderful personality are certainly what further helps in strengthening her image.

A youngster whose real name is Amala Ratna Zandile Dlamini knew back in high school that regular occupations weren’t for her, which is why she decided to leave high school and start investing more effort in making her own matrices and tunes. Its beginnings are tied to 2012, which means that Doja Cat will soon celebrate 8 years of making music. Lovely, isn’t it? What is also lovely is her net worth, which amounts to $4 million and is supposed to grow even further in the coming period.

The hits that placed her among the most promising young female rappers are ‘Say So’, collaboration with Nicki Minaj, as well as a collab with Tyga – ‘Juicy’, ‘Mooo!’ And ‘Boss Bitch’.

Here we have a mom who decided to follow the tracks of rap music – you’ll admit, this isn’t often seen in this order. Apart from trying to show her solidarity ideology with her verses and appearance and support women, especially the black ones, her sparkling nature and desire to change the situation in the world contributes to her success even more. Therefore, it’s very likely that her net worth, which currently is $500,000, will soon exceed that figure, as it’s predicted that even greater success awaits her.

She won over the audience with bangers ‘Poppin’, ‘Smack a Bitch’, a dope collab with Doja Cat named ‘Tia Tamera’ and many more.

A lovely, curly-head Latina with African roots does her best to combine everything she represents in her songs and lyrics. This includes an entire universe of mixed origins, her effort to create her own music to present to a wide audience, and connecting cultural details with the art she distributes. Nice ambition for someone who’s only 21 years old and who’s just striving for significant success.

Given that she’s quite young, the net worth of $100,000 will most likely increase in the coming period because it’s quite certain that she doesn’t plan to stop – not at all. The audience had the opportunity to hear her hits ‘Who Changed’, ‘Icey’, but also a remix of Cardi B’s banger ‘Bodak Yellow’, only with Spanish touch., followed by numerous other tunes.

Let’s conclude with another fierce nineteen-year-old girl who, with her exoticism, can stand shoulder to shoulder with the world’s beauties, but also the most prolific performers nowadays. Unlike the common occurrence when it comes to rap and hip hop, where individuals turn their sad and shocking true stories into verses, Hawa had a happy childhood, undisturbed with bad things, so she decided to romanticize this genre.

This kind of innovation comes from the real musical genius that hides in her, and although it isn’t known how much she has managed to earn this way so far, it’s inevitable to notice that she is on a good path to be heard by the whole world. Given that she mostly writes her hits in the bathroom as the inspiration is strongest there, it would be no wonder that her smash hits like ‘Might Be’ were also created this way! 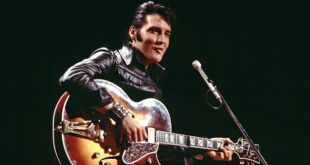